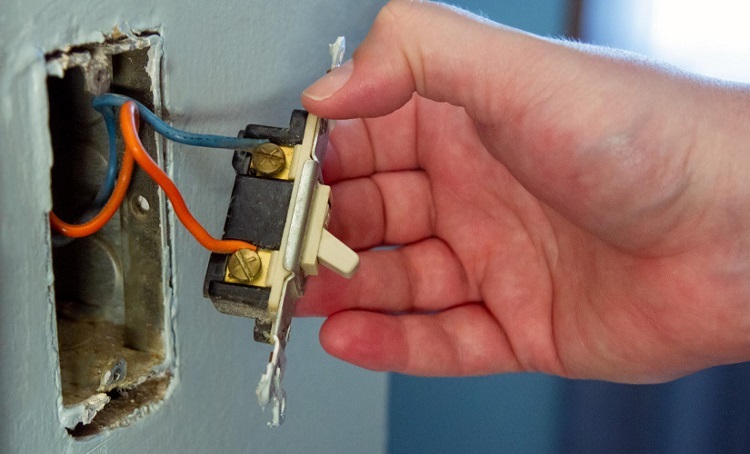 Light Switches are one of the most important parts of a home. They’re used every single day, multiple times a day so we tend to take them for granted a little bit. It’s easy to just have the switches installed and then forget all about them as if they last forever when they don’t. Switches are subject to wear and tear too, and since they’re heavily used, they can end up breaking down too!

A bad light switch can be both annoying to deal with, and dangerous, which is why it’s best to spot the malfunctioning switch before it ends up getting out of control! If you don’t know what a bad light switch looks like, don’t worry, in this post, we’re going to be going over 5 ways that you can spot a bad light switch, so you can have it replaced without running into too much trouble!

Although it’s common to have that one light in the home that just doesn’t work properly, it’s not exactly safe. You might notice that there’s a light that’s constantly flickering as if the electricity isn’t flowing to it properly. Sometimes, the culprit here can be a faulty bulb, so that’s the first thing you need to take a look at. Other times, the problem is in your switch! A bad light switch will affect the way the lights work too! So if the bulb checks out, you might want to give Electricians Vancouver, or a recommended electrician in your area a call and have them come and take a look at your switch to make sure it’s working properly. If it isn’t they can easily replace it!

If you flip the light switch and notice that it wasn’t firmly in its place and instead was wiggling around, it’s possible that the switch has come loose. This is something that shouldn’t be happening. You can try adjusting the entire panel to see if it had just dislodged from its place, but if that doesn’t fix it, it probably needs to be replaced.

If your light has been on for a while, it’s possible that your switch will start to warm up a little. However, the switch shouldn’t really be warm from the get-go and should never become very hot. Both of these things are signs that there’s something wrong with the wiring or the switch itself! It’s important to not ignore a hot switch and have it replaced as soon as possible to avoid an electrical fire.

Light switches, when functioning properly, will never make any sort of noise. They’re supposed to be completely silent and in place, doing their job seamlessly. If you start to hear any type of popping, clicking, or buzzing, know that there’s something going on on the inside that isn’t quite right. This would be anything from faulty wiring, to a totally broken switch that’s about to fully give up. If left unattended, it’s possible that it can end up causing a fire in the home. So it is best to have the switch replaced before things get too dangerous as if an electrical fire is to break out, it’ll start behind the wall and it will be near impossible to extinguish it with a common household fire extinguisher. This is why it’s important to put the fire out before it gets to that point.

If you’ve accidentally overloaded your switch and it sparks, it’s not really the “best” thing but it is an understandable thing to happen. However, if you’re constantly seeing sparks fly out of your switches, it’s a sign that something is very wrong and the switch should be replaced immediately.